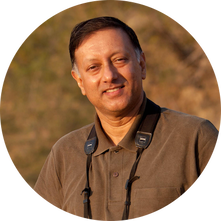 Harshawardhan Dhanwatey
​Trustee and President
Co-Founder and President of TRACT, Harshawardhan  has devoted more than 2 decades to conservation of wildlife and its habitat. Trained for Conservation Conflict Resolution and as past member, Maharashtra State Board for Wildlife, he has spear headed the concept of private wildlife conservancy. Conceptualised and implemented the joint patrols with the local community youth, building capacity in them to understand the need for conservation, Harshawardhan has successfully taken forward his aim for protecting tigers beyond boundaries.
​Various documentaries cover his work for wildlife conservation. An avid traveller and a keen photographer, Harshawardhan has also worked for the Painted Dog Conservation and the
Ethiopian Wolf Conservation Program.
Member, State Board for Tourism, Maharashtra 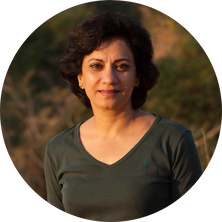 Poonam H Dhanwatey
Trustee and Secretary
Co-Founder and Secretary of TRACT, Poonam quit her interior designing company and turned her passion for wildlife into full time career. Over the last 2 decades, she has worked towards mitigating human - tiger conflict and creating a Social Fence by involving local communities in conflict mitigation, building capacity in them to participate as local leaders.
​She is a member of the Maharashtra State Board for Wildlife (2nd term) and has been an Honorary Wildlife Warden of Chandrapur District. Her conservation work has been documented in various documentaries and she has also been honoured with the Carl Zeiss, Roll of Honour and has been honoured as Laureate, Terre de Femme 2022.
Her insatiable passion for travel and cuisine has seen her go far and beyond. 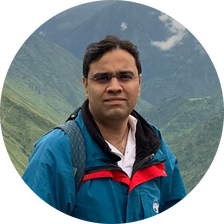 Advocate Akshay Naik
Trustee and Treasurer
Lawyer by profession, Akshay has been an avid wildlife and jungle lover, having travelled extensively to various wildlife destinations.
He has appeared in public interest litigations in support of forests and wildlife. His understanding  concerning wildlife and environment has seen him as an advisor for many issues. Akshay's insight about co-existence of people and wildlife has seen him rally for addressing conflict at various levels. 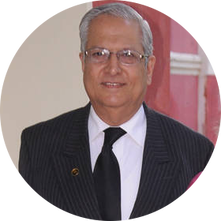 Vice Admiral RF Contractor, PVSM, AVSM, NM (Retd)
Trustee
VAdm Contractor's naval career spanning over 37 years, saw him serve in various front line ships of our Navy. As Assistant Chief of the Naval Staff, he was in charge of the planning & execution of Op Parakram, later had the Command of the prestigious aircraft carrier INS Viraat. He rose to Command the Western Fleet, and thereafter headed the Indian Coast Guard as the Director General. Post retirement from the Indian Navy, he was appointed as the Member of the Armed Forces Tribunal, Mumbai. He is the recipient of the Param Vishisht Seva Medal, the Ati Vishisht Seva Medal and the Nao Sena Medal. As the Naval Officer in charge of Port Blair A&N Islands, he was instrumental in restoration and protection of the marine environment at Ross Island. 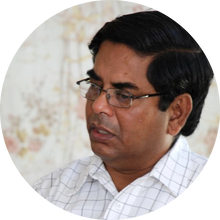 Biswajit Majumdar IFS (Retd)
Trustee
​An officer of the Indian Forest Service (Retd), Maharashtra cadre, Mr. Majumdar worked as DIG (WL) in the Ministry of Environment for 5 years before joining the NGO- Foundation for Revitalisation of Local Health Traditions at Bangalore as Coordinator for Communication for the following 5 years. His pioneering work for addressing the futuristic subject of wildlife presence in human dominated landscape, monitoring large carnivores outside protected areas laid the foundation of the work done in the years that followed. He retired from IFS in 2009 to join as Member and Vice Chairman, Maharashtra Administrative Tribunal, and retired in 2016.